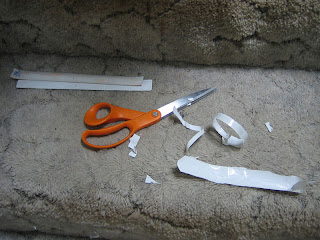 Long ago I stayed at some people's house and one evening they took me shopping with them. The Mom bought a nice new pair of scissors from a fabric store and we all heard her give a STERN lecture on what would happen to any of her children who touched the sewing scissors without permission or who used them to cut anything but fabric. Oh yes, her thirteen-year-old son was present!
The next morning I walked up their driveway and there in the dirt in front of the porch were the new sewing scissors and a roll of nylon rope with several shorter pieces that had been cut from it.
I remember standing there taking stock of my age and position. I was eighteen; did that put me on the side of the adults or the kids? If I was an adult, then I needed to go tell the mother about this right away, but I couldn't quite see my way clear to rat on a poor thirteen year old kid I'd been playing outside with all that week.
Hahaha, his younger sister came along right after me, took just one glimpse at that scene and it was "MAAAAWWWWMMMM!!!!"

Finding this on the stairs definitely reminded me of that and made me smile. Little boys really don't have much sense of self-preservation, do they?
Posted by Janel

What I fished out of the garbage

Karen's throwing her failures away again... 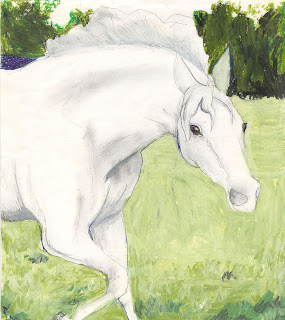 THIS didn't make the grade, either! 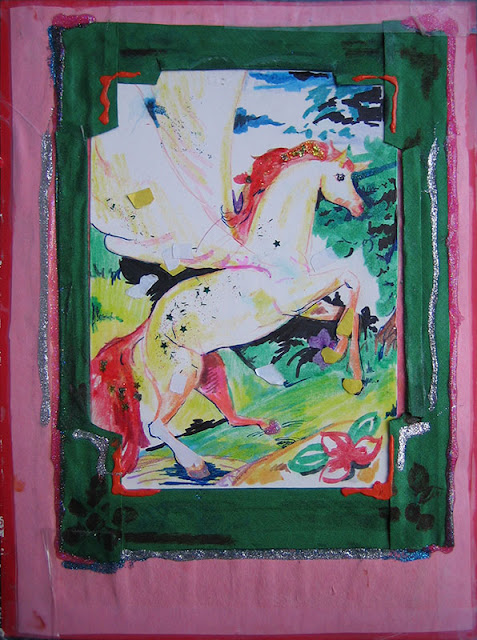