I didn't get to ski, only the boys did, but I still had a lot of fun!  I'd never been to a ski resort during the snow season, so just being up there was a new experience for me!
I spent the day wandering around at the bottom of the runs and all around the buildings and pathways, just taking in that crisp, refreshing air and enjoying the snowflakes on my face.
It's been SO LONG since I was on a snowy hill.  I used to live in a place that got a lot of snow, but here in Olympia we're lucky if we get a foot, and we rarely get that much. 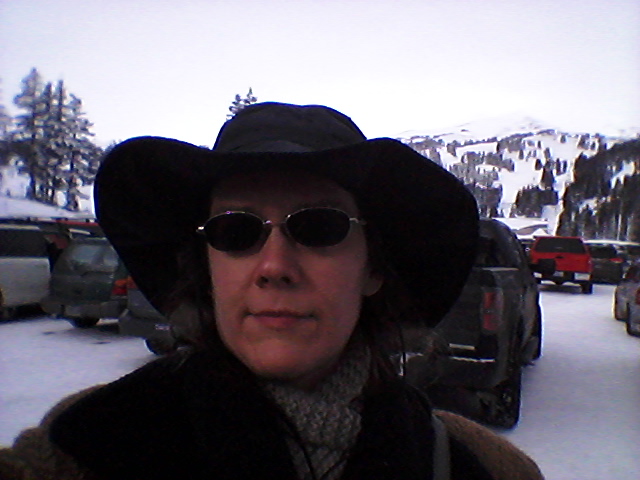 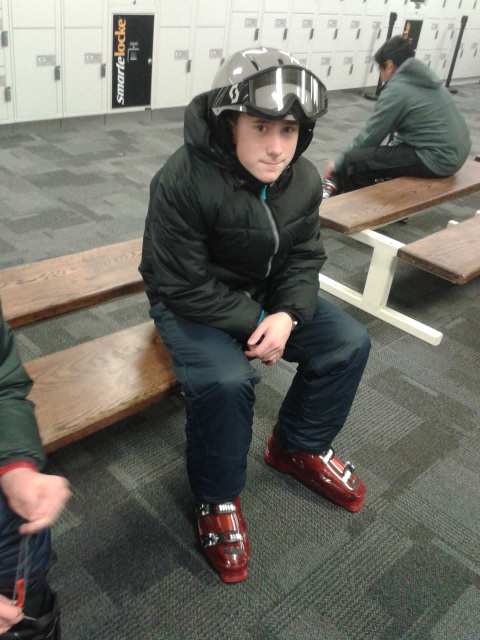 Dave rollerblades and Mike longboards, so Dave took to skis and Mike to a snowboard, like naturals.  Like Norwegians  :-)
They are 1/8th Norwegian, maybe that's part of why they did so well?? 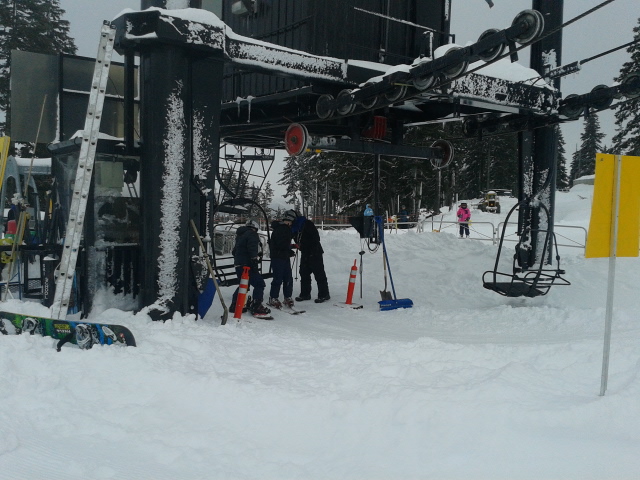 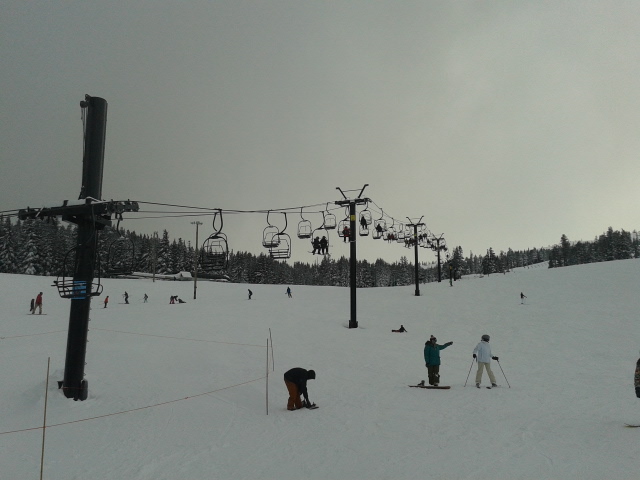 Twins headed up the mountain!
I'll just stand right here and wait for them to come down.
So THAT's why people wear bright neon hats or vests or bold stripes, so that family can recognize them when they come down again.  It was very hard to know which ones were my boys, in their plain black, until they come up and say, "Did you see that??"
Well-- I was trying to watch everybody who was roughly your size, as they came down the hill--! 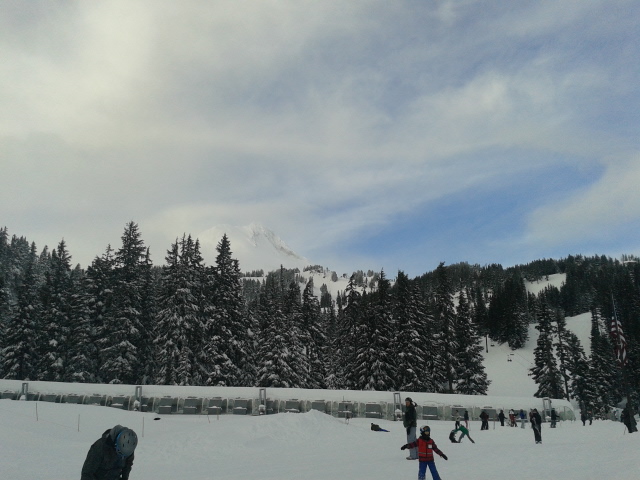 That was a beautiful place to spend the day, and I went away very happy! 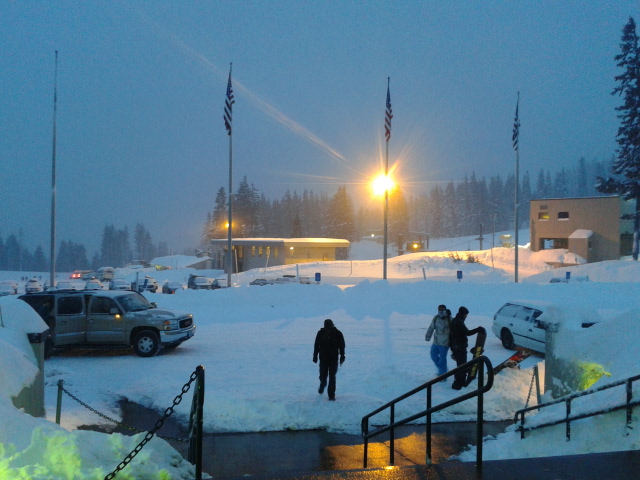