I was going to use all honey, but cheated just a bit because it's easier to mix the gelatin together with some sugar before trying to stir it into the cream.
They were out of cream the night before Thanksgiving, so I used half half-and-half and half milk. Came out splendiferously delicious anyway.

Cook until just short of boiling

Beat 6 eggs in a separate bowl, then slowly drizzle the hot cream into the eggs while whisking them vigorously
(if you pour the eggs into the hot cream, you'll just get a pile of cooked eggs)

Pour into a shallow pan and freeze for an hour or two, then stir. Set a timer and stir more frequently as it hardens, until it's finally too stiff to stir.

We basically have to go to bed before it's ready and then eat it the next morning, or it doesn't last long enough to harden all the way :-)

This batch has already been got at, before it could even be photographed, as you see.

BTW that's a big pan of ice cream. It doesn't quite get across the sense of proportion, because it's a big spoon. 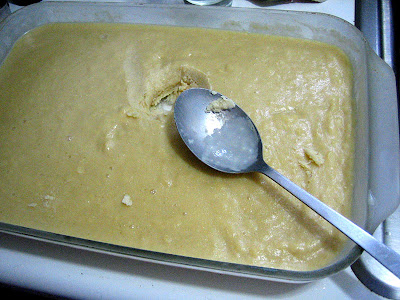 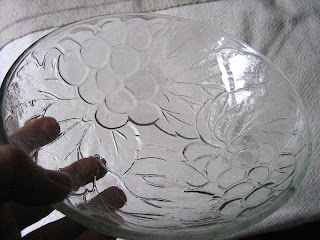 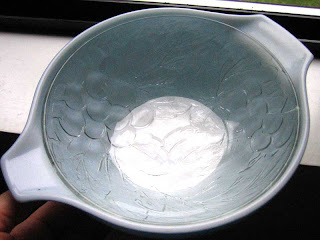 I didn't have it very long. Got it at a neighbor's garage sale for a
buck because I thought it was so pretty, and the longer it was in the
kitchen the prettier I thought it was. I started using it for everything.
Then it went inside another bowl of just the right size and shape to
trap it, and I broke it trying to get it free.
Sigh.
Didn't think of taking its picture until the damage had already been done.
I really liked that bowl.
Posted by Janel

something like the trailer we lived in for a while

It was shortly afterwards that we moved from a large five bedroom house into a 19' trailer. I don't have any pictures of the inside of that trailer, but I had the bright idea to go look on the internet for pictures of "1980 Wilderness", and I found this.
Yes, this rings a bell.
My poor mother was NOT happy with the change.
I was! I loved living almost-outside.
The trailer had a bunk bed for me, and a little gold filigree shelf which I thought was the coolest thing ever. I kept a notepad and paper and flashlight up there for writing down all those brilliant ideas that always strike just before falling asleep. 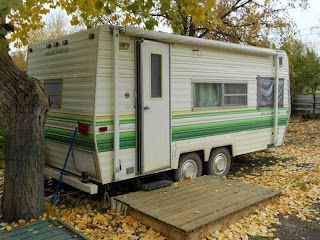 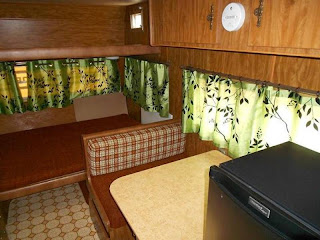 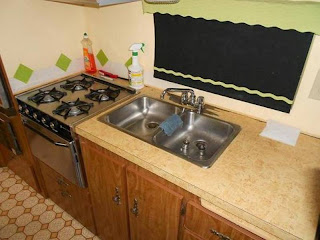 What do you think, do these look medieval??
I've gotta make a few cloth napkins too :-) 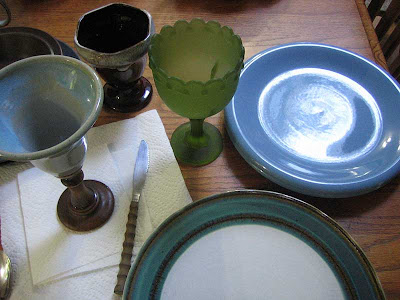 The goblet and knife are on the paper towel because after freezing them (to kill germs) I sprayed the wooden portions with Scott's Liquid Gold.
An adult's going to have to use the goblet and even then it's risky. It's tall, topheavy and the base isn't very wide. 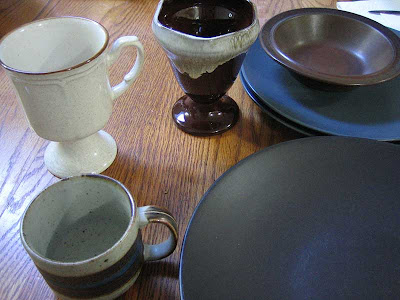 It's all foreign-made of course, but at least the proceeds are only benefiting the thrift shop at this point! 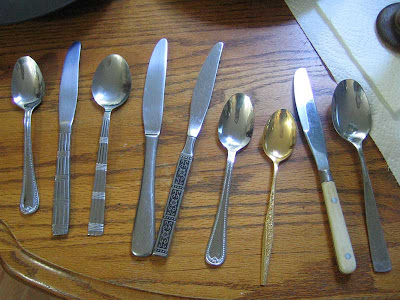 All of them 25c each!
The gold spoon was Mike's choice. That isn't gold plating, is it? I can't tell! It doesn't look medieval at all, but at least it's pretty :-)
The two knives are touching because the handles are magnetized and can't stay apart!
Posted by Janel

Dataman - electronic toy of the 70s

Isn't it just short of cruelty to send little kids to bed?
I remember those HOURS lying there in the dark, commanded to go to sleep, but not sleepy. Nothing to do. Is there anything more frustrating than being forced to waste time?? That's why prison is a bad thing-- that sense of your life passing by IS the punishment!
Nowadays I have my Pocket PC or some other light-up electronic gizmo. I get through whole novels by reading until I'm drowsy and then putting the book down one second before I fall asleep.

So, I was tortured when I was less than nine years old, by being made to go to bed and be bored, but when I was nine, Daddy got me one of these :-)
I played multiplication games in the dark for hours and hours and hours. Dataman certainly got some math facts into the old brain cells, the painless way. 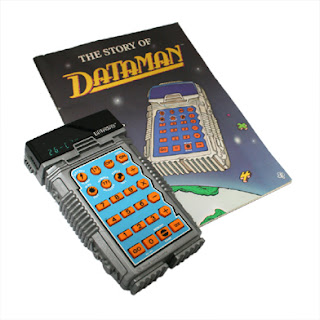 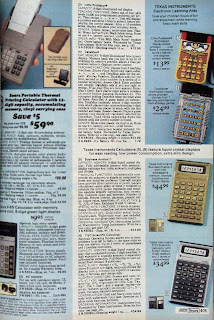