There is No Chocolate Cheesecake Fail

Or this would be it.  But there is no chocolate cheesecake fail! 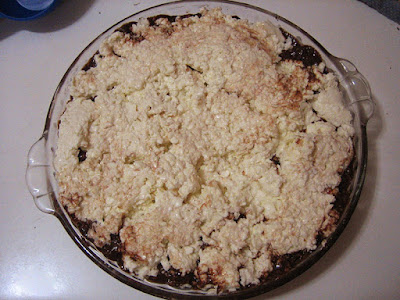 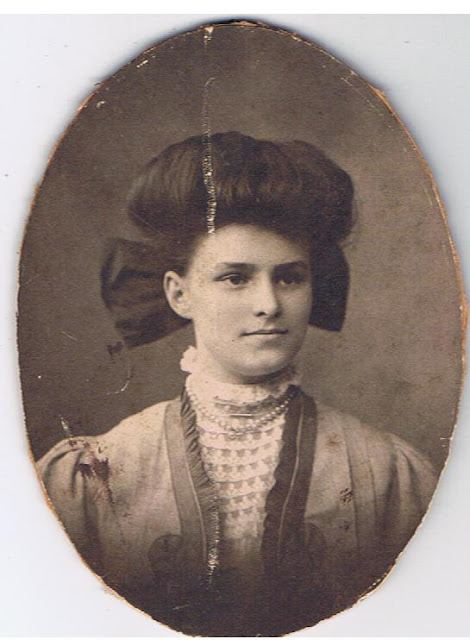 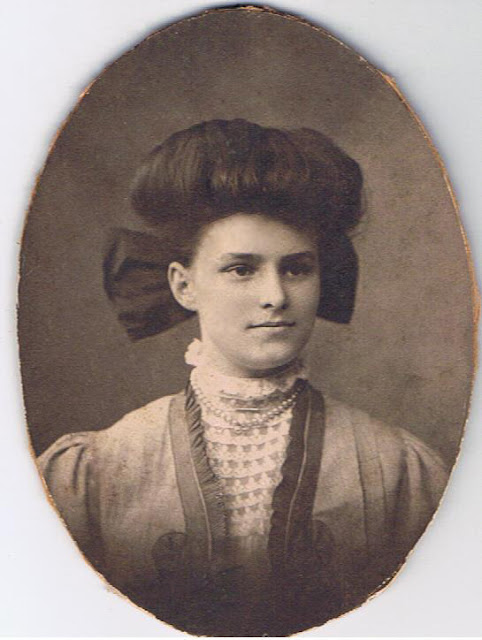 Over this one more time, shall we? 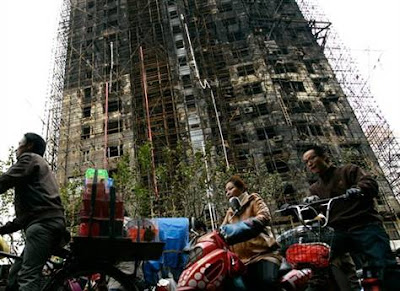 Smoky fire burns for less than an hour and causes complete structural failure and freefall collapse. 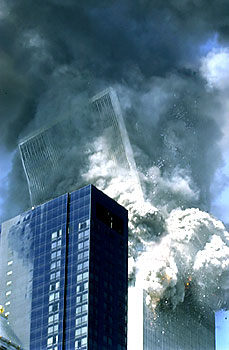 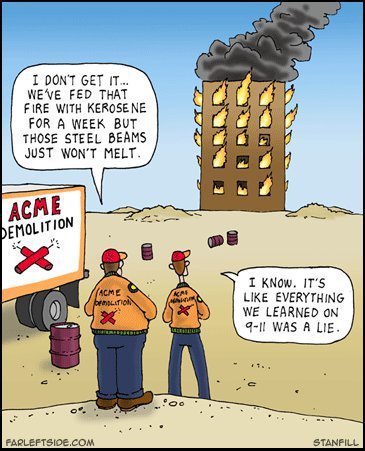 Such is my addiction to marching around the island to peppy music, clicking on things to make them appear, that I really don't even care that I'm getting some exercise.  But it's already had benefit, I feel more active and it's noticeable that I'm able to move better.  Otherwise I wouldn't get much exercise at all... I mean, in Washington in winter, when my job is cleaning the house and reading with kids?

I told the kids I'd lost five pounds.

I said, "There's a magic mirror in the bathroom.  I say, 'Mirror, mirror on the floor, how much do I weigh this morning?' and it tells me!"

He said, "That doesn't even rhyme!" 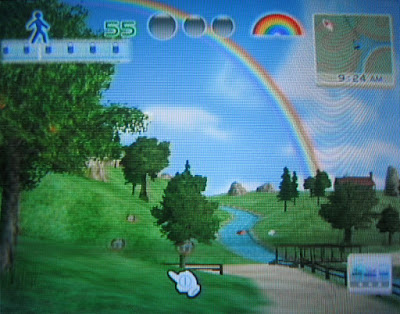 Labels: Walk It Out

Showing off my awesome Photoshop skillz

A five minute job anyway.  I should have added some shadow under the edge of the sweatshirt.  Oops  :-) 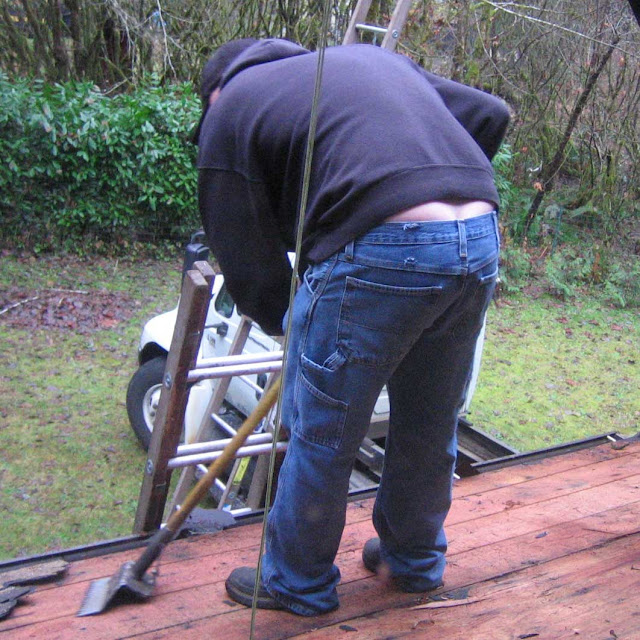 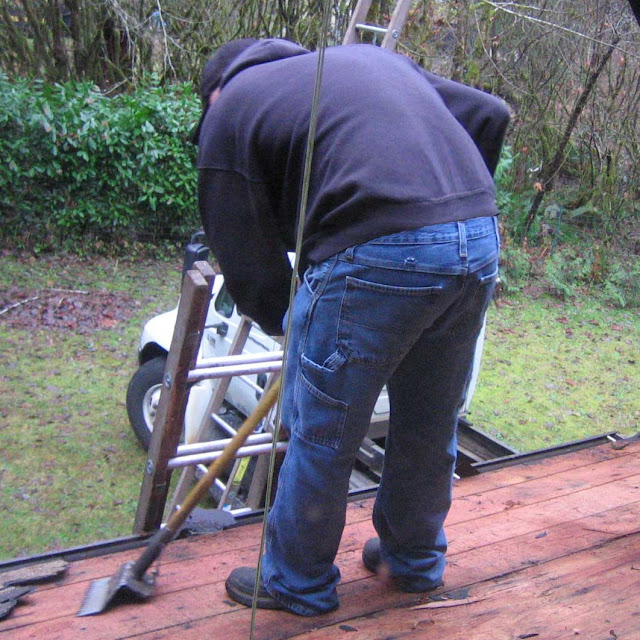 Young artist scribbling on Paint while bored in the car 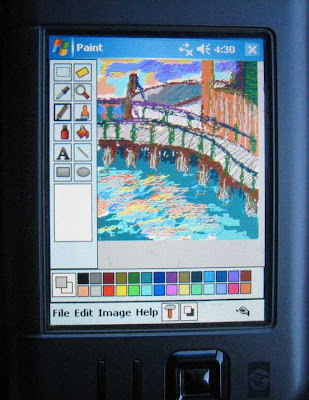 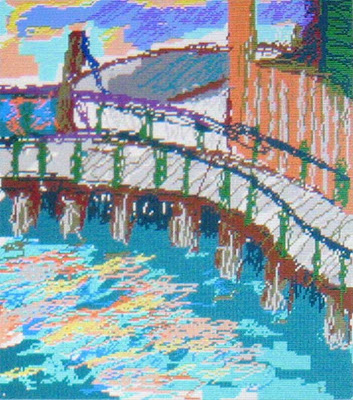 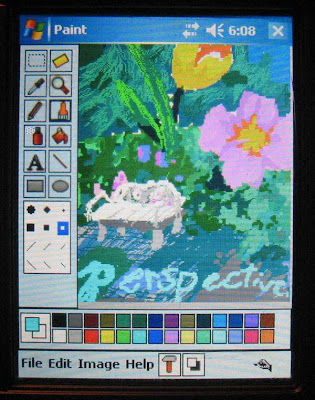 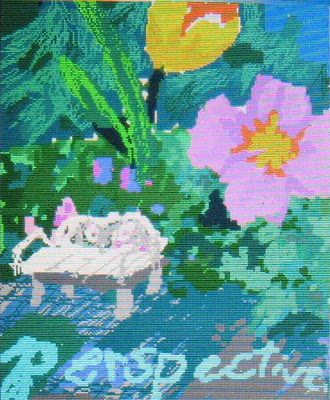 Here's my little rug, isn't it pretty?  Got it at Home Depot for $12.  It has thick stress-resistant padding.  Didn't even notice until after buying that it was MADE IN USA.  Cool. 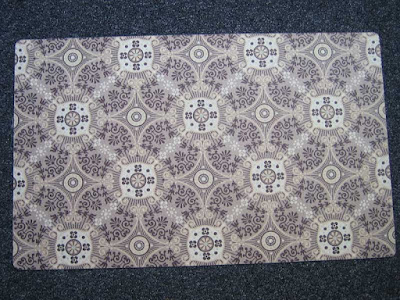 I suppose I didn't build these windmills either?
Look how cool.  You have to get some distance to even see how tall they are.  Yay, now my island has wind power to keep all these lights on! 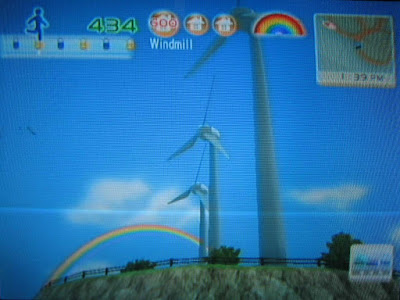 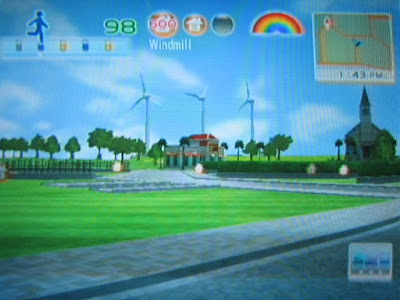 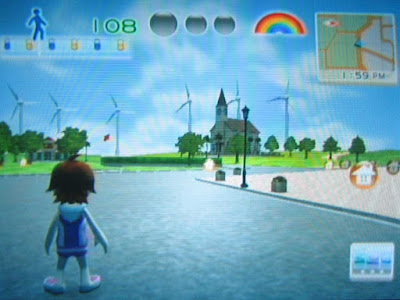 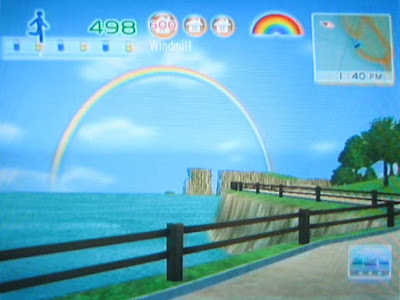 Here's Dave's island at five in the afternoon. There's different light for different times of day on the island, and morning and evening are so beautiful. 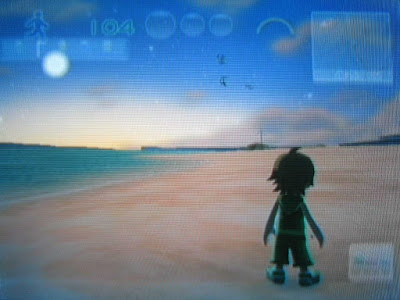 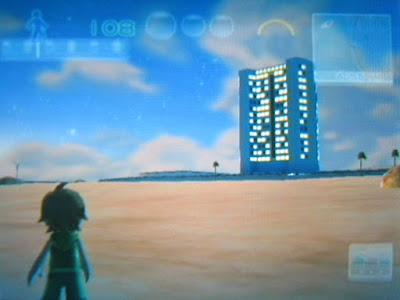 Another day I did three and a half miles to nowhere. I have every single song, constellation, and clock piece except for the 12 noon ones. The island is only 23% built though. Lots more to go!

I built some "luxury houses" and was startled to find it a 900 sq ft bungalow on a postage-stamp lot. Culture difference, right?  Like American workers who go to Japan and stay in housing "the size of a bathroom" and start to go bonkers. It's a matter of perspective!
I was also surprised when I built the hotel, and couldn’t see the top from where I was standing. In my world a hotel is three stories, max.

Labels: Walk It Out 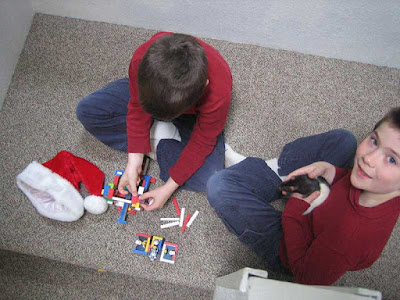 I just couldn't resist taking a picture of this whole setup.  I have to wonder what the story is behind it. 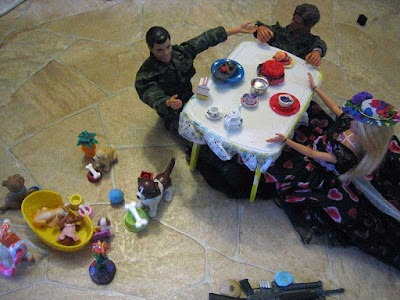 The young lady has dressed up in her finest to cheer up the troops, and they’ve made her a lovely tea... 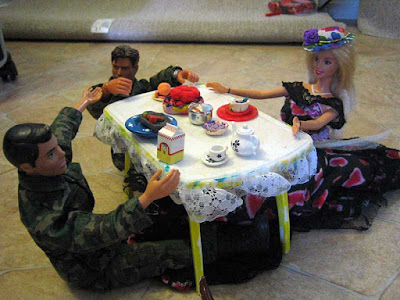 They take good care of their pets, even in wartime! 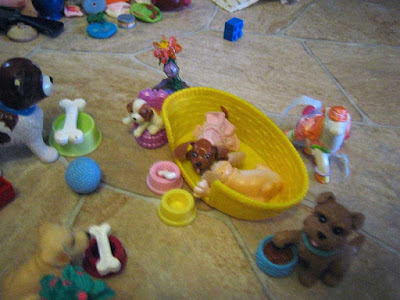 While an emplacement of mothers guards the living room. 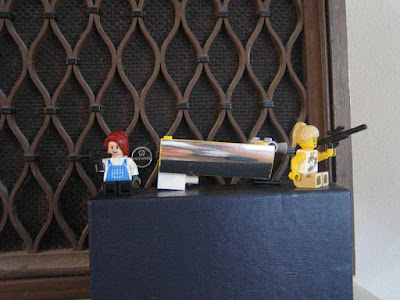 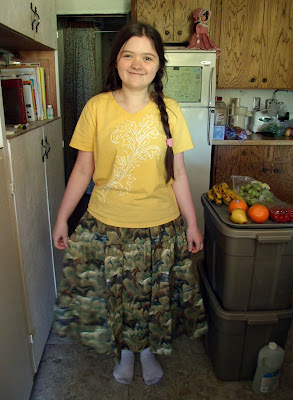 So now, at least three people are going to buy it based on my say-so! I'm especially glad because more sales means more chance of a WIO2!

Last night I was riding in the car in the dark along a winding country road, and two road signs came up and when I first got a glimpse of them as glowing blobs on the landscape, my brain said, "I think one of those event capsules is a clock piece! Get it!"

They were not event capsules of course, they were road signs, and just because the WIO music is going in my head, doesn't mean this is not reality :-)

Which when I explained to the kids they had a good laugh about. You know you're addicted when...

Anyway to those of you who want more detailed technical information before / because of purchasing here's a wonderful guide a lady wrote out:

At the bottom of the page is a listing of more discussions.  So there's the answer to pretty much every question!  But the game starts off very basic, it's easy to do a few things right away, and figure it out as you go along.  I thought it was very funny when DH the other day, after watching what I was doing for a while, burst out in accusing tones, "You're just playing that dumb game!  The rest is peripheral!"


This is his idea of what a workout should be.  I'm not advertising this so don't click.

He has no respect for a "workout" that consists of jogging along with a game controller in each hand!  Whatever, I end up sweating and I don't mind doing it every day; it's got to be better for me than just sitting in front of my computer bitching about stuff.

I don't even mind if my game and I provide him as much amusement as the game does me, which says something about how much I'm enjoying it, because usually my mockery tolerance level is sub-basement... but I get so into my dumb game that I don't even care who's laughing at me! 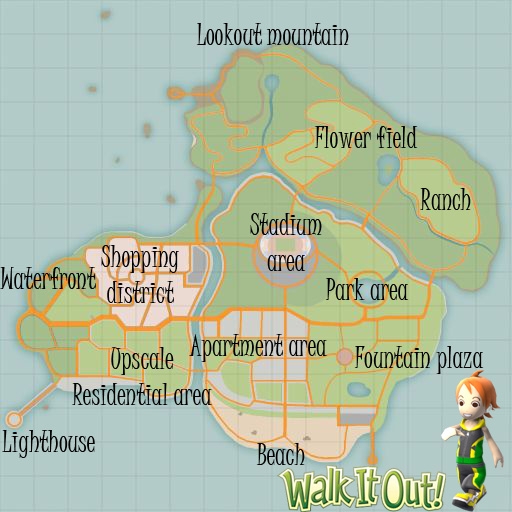 See the words "Waterfront" and "Upscale"?  If you draw a line between the o and the U, the line passes through a slightly darker blob just above the road.  That's where the church is.  The lot where the church will be built has a short cast-iron fence around it, I'm pretty sure it's the only fence like that in the game.

The map is one of my favorite parts of the game!  I love maps, and it's great fun to take a look at the map each morning to see where the rainbow pieces are, and then try to go around and get them all without having to look at the map again.

Oh, just found this: no word yet on WIO2.

I hope the medical / therapy community is paying attention to this game! This would be EXACTLY what bedridden, injured, or very old people should have for therapy.  There's several really slow songs.  Some are just too slow for me; I can't walk any more slowly than "Love Will Be Waiting" or "How Do You Sleep" and I've turned all the slower ones off, but someone doing therapy could.  And in this game practically any rhythmic movement can be sensed by the game as "walking" and let you get through it so it's very adaptable to anybody's needs, and the bright, inviting world to explore would tempt them to try.  You could even lie in bed and shake the controller in your hand.  I saw a thing about an 800 lb lady who couldn't manage any more exercise at first than clapping, but that's how she got started and was her first step on the path to recovery.  I hope medical magazines are having articles and reviews of this so therapists will get it for their patients??
Posted by Janel at 6:48 AM No comments: