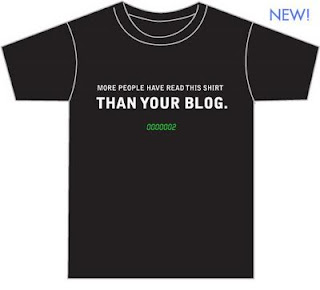 I know, but that's partly what I like about it.  Many years ago, the one family member I would consistently write letters to was the one who didn't ever write back.  I don't know what he thought of my letters or if he was even reading them.  If he didn't answer, then I never had to see any proof that he had either misunderstood or brushed aside anything that I had said.  Strange?  I suppose so.

I just found *yet another* Myers-Briggs test online, which I especially liked because it has an "in between" option for each question.

It has me as INTP.  I often score as an INTJ because of my big fat opinions, yet I'm about as casual with schedules as its gets.  Now that I'm almost forty I can get myself to appointments on the right day and time at least 80% of the time, but I still vastly prefer a day with all options open, and to-do lists without deadlines.

They say the J/P preference is the hardest to hide, because J's can't keep their opinions to themselves and P's are always late.  What if I have opinions and am late?  For now I think I'm just gonna be an INTP with opinions.  Oh yes, this IS important.  Don't know if it's important to anybody else  :-)

Reason I mention this, is an INTP profile I read recently,  http://www.intp.org/intprofile.html

Here's the pertinent quotes-- the first two paragraphs just for self-indulgent understanding and the third one explains why I like my blog so much  :-)

In a group situation, INTPs are sensitive to whether they believe they will be listened to or not. If a dominant (strongly extraverted and loud) person is present, the INTP will withdraw and sulk, believing the dominant person to be a brute. If an INTP speaks, he must be listened to, for he believes his spoken opinions to be important. If not, he withdraws (at least in spirit)... Hence, INTPs make very poor leaders, for they depend too much on the attitudes of others.

INTPs tend to jump to intuitive conclusions, can be fatalistic and have little perseverence. On the other hand, they can make very good assistants to leaders, provided they and the leader are of one mind... Indeed, INTPs are often glad when someone else takes over the lead, again providing the leader is of the same mind.


The only area in which an INTP will carry out his own ideas to completion is in his personal interest world, where other people are not involved. For this reason, INTPs are fascinated by computer technology as well as the Internet which gives him a voice that he would not otherwise have. Many of the most dedicated Computer Freaks are INTPs. Ultimately, INTPs tend to trust machines more than they trust people...


Next funny, courtesy of Sister! 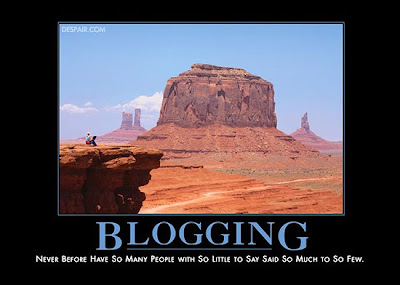 SO true! I enjoy blogging, and feedback would be nice, but not receiving feedback isn't going to keep me from sharing. :-)