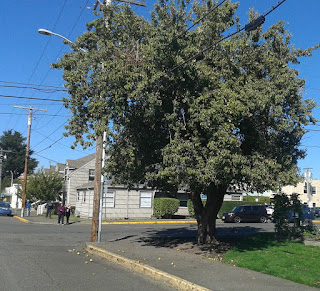 The quarry-- a big pear tree on sort-of public property.

The pears are falling and the homeless are ignoring them. 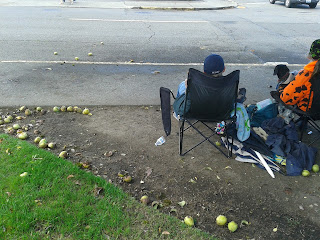 Admittedly the pears have been picked to the level that tall people can reach.  Let’s think. 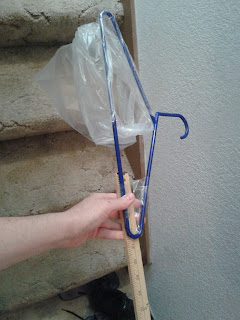 I felt a little silly whipping out this contraption in public, up until the moment that it worked.  Pity I didn’t take a video!  The bag goes up around the pear, the end of the hangar snags the stem, a little yank and the pear drops into the bag. 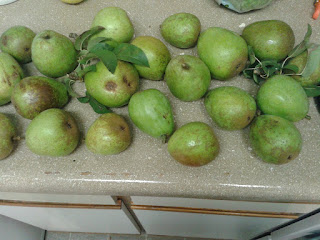 Now the pear tree is loaded with pears above the level of tall people and clever redneck chicks. 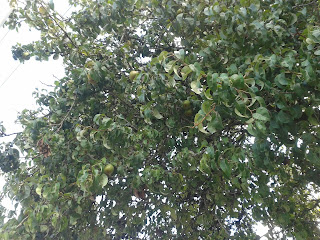 For the second trip, a modified apparatus. 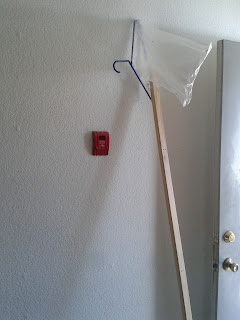 One guy who stopped to watch me expressed doubt because, he said, those pears are HARD. Right. Who cares if they’re a little crunchy? They’re like hard CRUNCHY PEAR SUGAR BLASTERS, never tasted such excellence. I gave him a big fat pear and he went away eating it.

Most people who stopped to watch me at this activity (which with a stick this long harks to fishing) told me I was clever, so I gave them nice pears to eat. 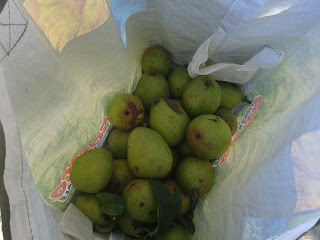