The favorite fabrics quilt is done, bound and in use! 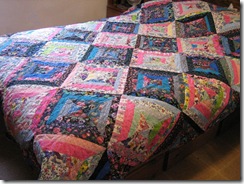 And here's a bunch of miscellany that can only be filed under that delightful word.  Some have been sitting in my Sharing folder for months, getting gradually older and less relevant, but I just can't delete them until I share them.   And that's what a blog is for! 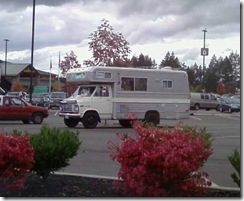 Somebody's homemade camper.  I LOVE this.  Someday I would love to make a homemade van conversion camper thingie myself.  I don't suppose mine would look this camperish on the outside!

Here's a project that I could totally do:

I would want a van that you can stand up in, like a furniture van or delivery van.  I would want nice bathroom facilities, but I wouldn't care if it had any kind of kitchen or not, as the sort of thing I'd like to eat while travelling is avocadoes and apples and mixed nuts.   I would drive around the country staying a few weeks or months in each place, visiting my grown up kids or going to conventions.  I'd put solar power on the roof... 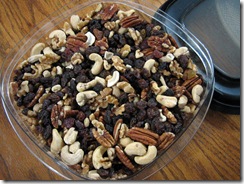 Ed bought raw cashews, pecans, walnuts, etc and mixed them up with raisins.  Yes, it's a bit pricey, but it's so good and so nutritious! 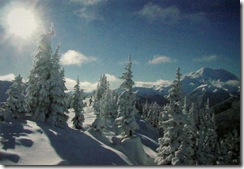 My favorite Christmas card image this year.  That's my idea of a perfect scene. 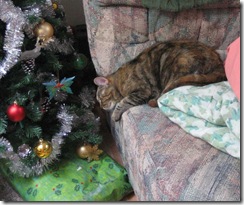 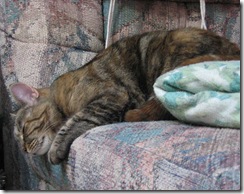 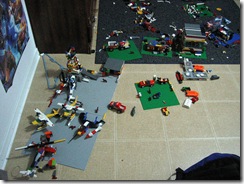 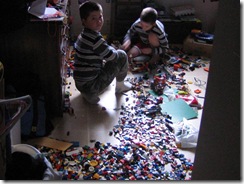 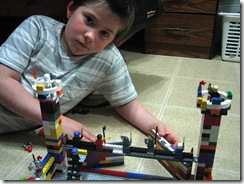 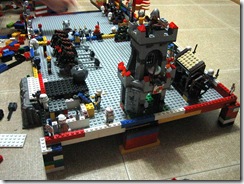 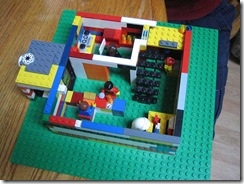 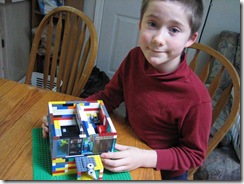 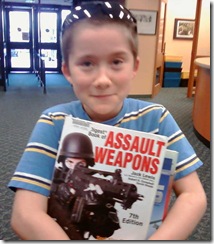 Awwww, look!  The adorable little child has learned to use the decimal system to find what he wants at the library! 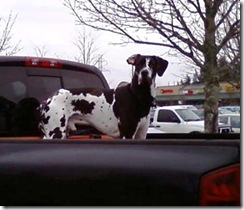 Somebody's Cow Dane that I passed in a parking lot.  I can guarantee you it's not Photoshopped, but I can only hope they don't dye their dog like that on purpose just to make us do a double-take! 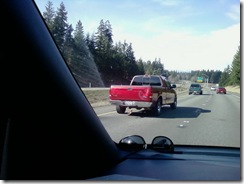 Here's a sick bastard who's tied a teddy bear to his bumper just to impress us all with what a sick bastard he is.
I said, "That is a truck full of MEN!" and the kids discussed whether or not that was true; one thought it might be a woman in the front seat.
We sped up to find out.  Indeed it was THREE men in a pickup truck.  Ed says women in groups of three or more is trouble waiting to start, but here we have three men and a pickup truck and a teddy bear... 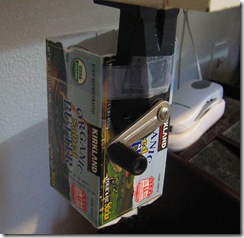 My pencil sharpener catcher thing basically disintegrated; it was past the point for duct tape (see previous post about that) and time to do something new. 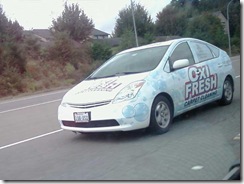 That's an imaginative paint job!  I've been seeing cars and vans with these pretty all-over graphical designs, but all of them so far have been commercial.  Wouldn't it be great fun to buy some auto paint in cans (not spray cans) and some disposable brushes and just let Karen loose on a vehicle? 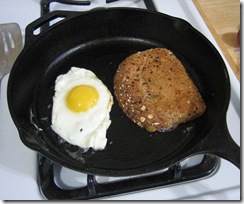 The perfect breakfast is anything cooked in cast iron.   It just tastes better.  I took a picture to capture this sizzling moment in time. 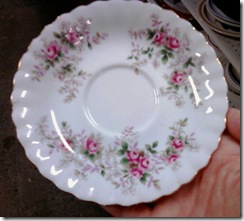 Finishing up with a really pretty saucer that I saw at the Goodwill.  What on earth would I do with a saucer?  But I couldn't let it go without taking its picture.  It was just so pretty.