The Motorhome my Dad Made From a Frito-Lay Truck

My dad was a master mechanic, and for a project he made his own motorhome. He bought a Frito-Lay truck at auction and fixed it all up. He told me he had seen a motorhome spread across the freeway, with the people's clothes and dishes and toilet paper rolling across the lanes. He didn't want to put his family in a fiberglass shell, he wanted steel between us and the road.

He ripped the doors out of the back of the truck and put in a shaped back. Mom helped with the inside, she upholstered all the foam cushions and curtains, did wallpaper etc.

The date on one of these construction pictures is 1973, that means I was three years old, too young to have any memories of it going together. 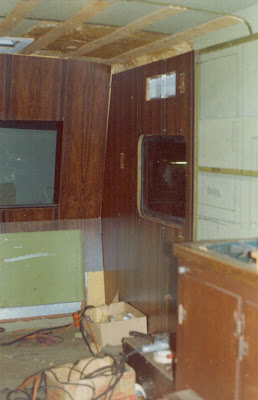 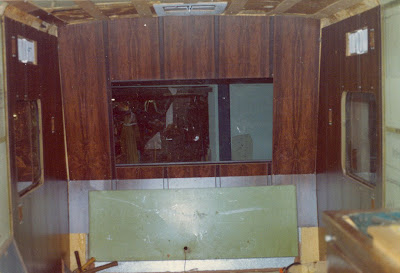 I have those two ugly pictures of construction but not a one of the finished interior.  What a pity!

Behind the driver's seat was the bathroom, which was an enclosed area with a sealed floor, for taking showers. I'm trying to remember if the toilet seat folded up out of the way, that's what my memory tells me. Next was the kitchen which included an oven, which Mom said she never once used, she should have skipped it and put an extra drawer there instead. All the cooking she did on the road was stovetop.

On the other side was a table with bench seats that made down into a bed, then a closet. In back was a table with benches all around it in a U-shape. The table was on a pole and lowered down, and the seat backs went over the table like a puzzle to make a large bed. Above the large bed there was a bunk that was mine. I loved "my" bunk, and I have a lot of great memories of the motorhome. When we were on the road I'd put all my toys and personal stuff up in the bunk. SO PEACEFUL to fall asleep while driving along, the motion and noise made me drop off to sleep instantly.

I have a clear memory of the ceiling which was some white material with a fancy pattern embossed all over it, because from my bunk I did a lot of looking at it at close range! You may notice in these pictures I'm not wearing glasses, because at that point nobody had noticed that I could focus no further than eight inches beyond my nose.

That was a classy machine and got Dad a lot of admiring, but puzzled stares. People drove by and looked all over it trying to find the make! 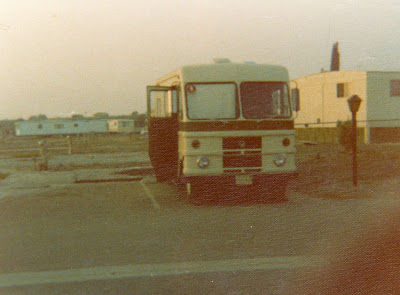 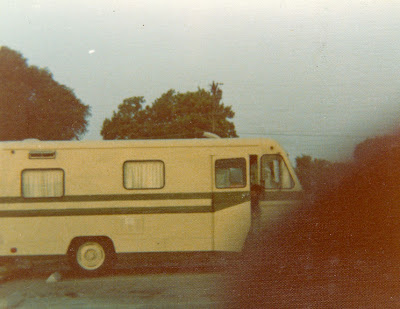 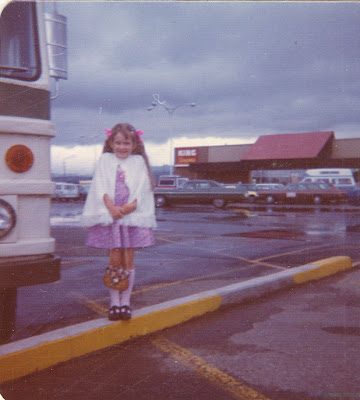 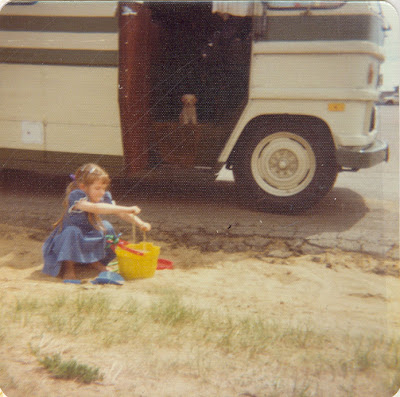 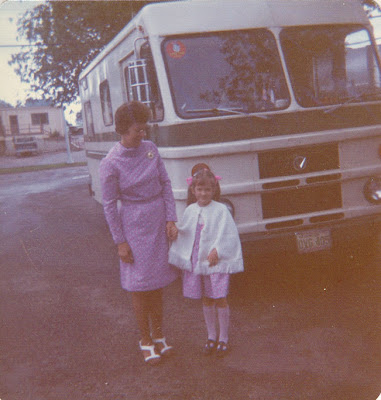 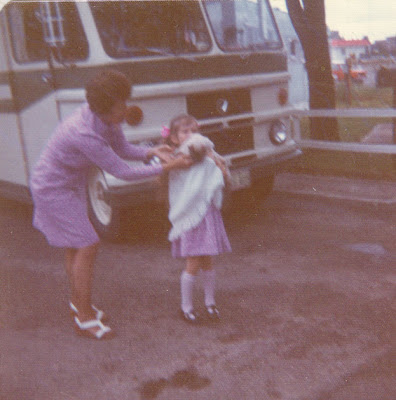