I wish there was a word for that, or that I knew what it was!
"Long paragraph," how dull.
Sesquipedalian's been my favorite word since I discovered it at a young age (displacing antidisestablishmentarianism), and learned that it defined me; and there's also that delightful to the tongue and ears word for long words, polysyllabic.
But how about a word for a long paragraph?

Anyway Nicholas Nickleby's full of them and they are wonderful.

Upon a hasty consideration of the circumstances, it may be matter of surprise to some persons, that Mr and Mrs Squeers should have taken so much trouble to repossess themselves of an incumbrance of which it was their wont to complain so loudly; but their surprise will cease when they are informed that the manifold services of the drudge, if performed by anybody else, would have cost the establishment some ten or twelve shillings per week in the shape of wages; and furthermore, that all runaways were, as a matter of policy, made severe examples of, at Dotheboys Hall, inasmuch as, in consequence of the limited extent of its attractions, there was but little inducement, beyond the powerful impulse of fear, for any pupil, provided with the usual number of legs and the power of using them, to remain.

Nicholas looked at the ugly clerk, as if he had a mind to reward his admiration of the young lady by beating the ledger about his ears, but he refrained, and strode haughtily out of the office; setting at defiance, in his indignation, those ancient laws of chivalry, which not only made it proper and lawful for all good knights to hear the praise of the ladies to whom they were devoted, but rendered it incumbent upon them to roam about the world, and knock at head all such matter-of-fact and un-poetical characters, as declined to exalt, above all the earth, damsels whom they had never chanced to look upon or hear of--as if that were any excuse!

Here was one of the advantages of having lived alone so long! The little bustling, active, cheerful creature existed entirely within herself, talked to herself, made a confidante of herself, was as sarcastic as she could be, on people who offended her, by herself; pleased herself, and did no harm. If she indulged in scandal, nobody's reputation suffered; and if she enjoyed a little bit of revenge, no living soul was one atom the worse. One of the many to whom, from straitened circumstances, a consequent inability to form the associations they would wish, and a disinclination to mix with the society they could obtain, London is as complete a solitude as the plains of Syria, the humble artist had pursued her lonely, but contented way for many years; and, until the peculiar misfortunes of the Nickleby family attracted her attention, had made no friends, though brimful of the friendliest feelings to all mankind. There are many warm hearts in the same solitary guise as poor little Miss La Creevy's. 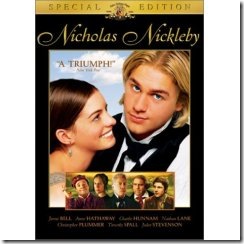 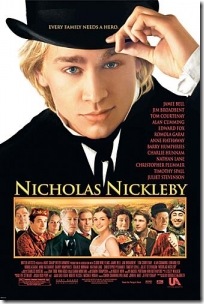