Kettle Tias, rather new to the shelf, and Ed brought me home a bag to try (knowing my devotion to nachos)

I wrote the company a fangirl email thus: 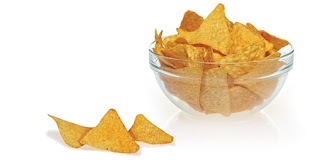 LOVE the Kettle Tias nacho flavor.
I was SO mad when they quit making Natural Doritos after only a short while. For a while there it was like Doritos had come back, then they stopped. That was a bummer.

Your Kettle Tias are about 80% as good as Natural Doritos which is far better than most brands.
PLEASE don't stop making them! Finally we have something good to use for our homemade nachos!
THANK YOU!!!!

And they just sent me an adorable thank you note, with coupons.
I think I should up the love level to 95%  :-)

Check out the products here,
http://www.kettlebrand.com/our_products/tias_/ 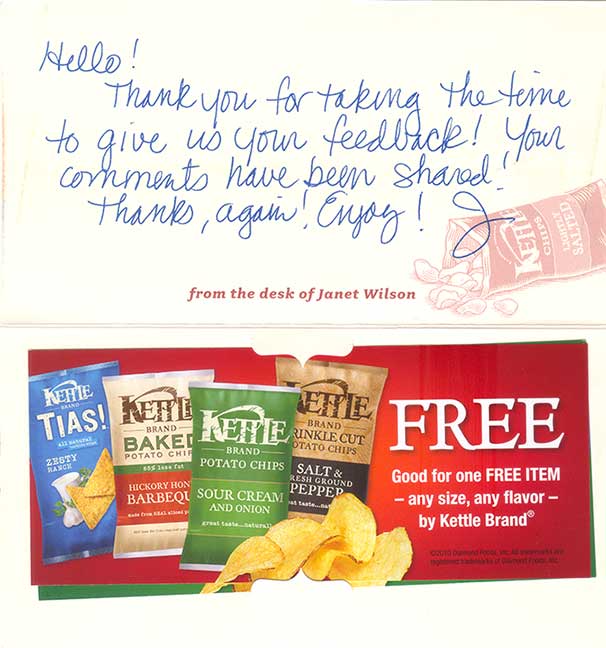 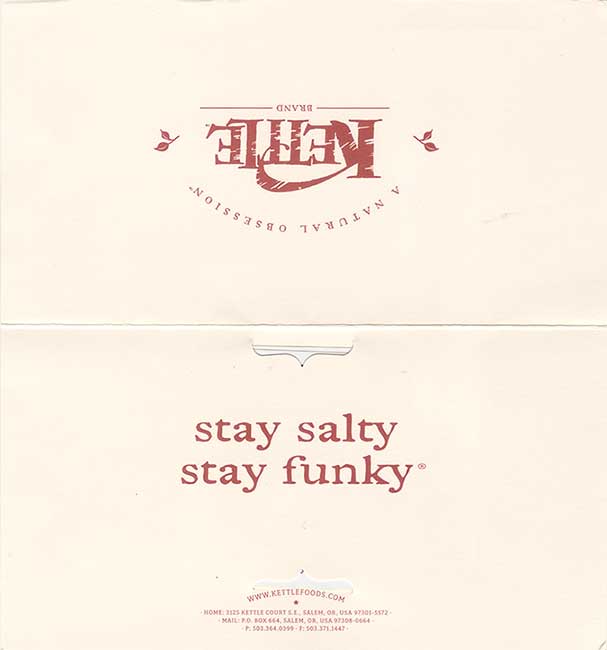 After all, what did Doritos ever do for me?  They never sent me a thank-you note, only stopped making their stupid product just when I'd decided I loved it.
That phone call to Lay's a few years ago was quite interesting.  She told me they'd stopped making Natural Doritos simply because of lack of interest.  Not enough people bought them.  I whined, "But what about me?  Why can't you keep on making them for me?"
Seriously, if they had warned me they were going to stop, I would have bought... like... at least as many cases as I could fit into my van.
Anyway, she told me they had had a line of potato chips with less salt, which had been sold in the regular potato chip aisle (I wouldn't have seen it, I only shop in the natural aisle) but they'd stopped making that, too, because nobody bought it.  She had a line or two to share about the perversity of the American public, who SAY they want to eat healthier, but in actuality don't care enough even to buy Lay's potato chips with less salt, even though they tasted every bit as good and were marketed right next to the regular kind.
Posted by Janel at 9:19 AM